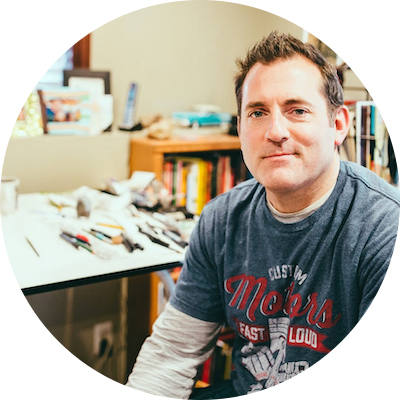 Robb is a cartoonist and illustrator who always hoped that his hobby of doodling bizarre creatures in school notebooks would eventually turn into a career. From his basement dungeon, he’s been hopping between the realms of children’s book illustration, comic books, game art, and character design. He’s recently had the opportunity to illustrate the KLAWDE: Evil Alien Warlord Cat series for Penguin Workshop. Before that he has completed eight picture book titles and provided artwork for several top-selling table-top game projects. He lives in Wisconsin with his wife, two kids and a dog.