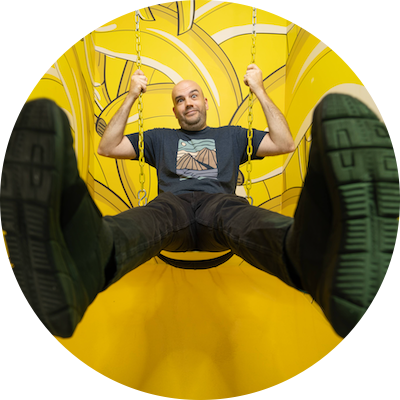 Here are some of the things you might know Nick Laws from-
He owned an all-ages music venue called Sector 7G.
He played in bands like A Future Now Past, The Radar Cinema, Artemia, The Sixth Hour, and others.
He's made lots of short films and been president of the Southeastern Filmmakers.
He's a videographer and all around video wizard.
He's a sound mixer for commercials, TV, and feature films.
Otherwise, he's a pretty boring 40 year old guy that's married, has 3 dogs, 2 cats, and plays a mean game of Monopoly.

Are you afraid to take the leap, quit the 9 to 5, and follow your passion? Nick Laws has encouragement for you and talks about ov…