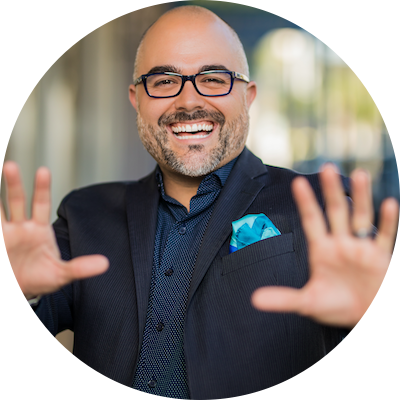 Hey guys my name is Armando Leduc, I am the Owner of Leduc Entertainment.

I started my theater and film career in 1998 when I played the part of Danny Zuko in Grease.
I am a trained actor and filmmaker, and my favorite kind of movies are Comedy and Action. I’ve lived in New Orleans since 2005. My previous jobs include Ballroom Dance Instructor, Kirby Vacuum Cleaner Salesman, and Wedding Singer with the award winning band Datband.

My wife is Shauna and she’s a film actress as well. I have a beautiful little girl named Aria who loves to sing.. My dog chile or Sparafucile is a pitbull dachshund mix that loves to cuddle!

My hobbies include traveling, boxing, and writing screenplays.

I love any beach activities and play in a beach volleyball league with my team Sketchy
Characters.

My burning desire is to travel the world on a cruise ship and something no one knows about me is that I used to sing in a barbershop quartet called the Harmonics.

My key to success is consistency, staying true to my word and leaving every person, place, and animal better off than when I found them.